No products in the cart.

The National Government Constituencies Development Fund (NG-CDF) formerly Constituencies Development Fund (CDF), is a fund established in 2003 through an Act of Parliament, the CDF Act 2003. The Act was later reviewed by the CDF (Amendment) Act 2007, and repealed by CDF Act, 2013 which was subsequently succeeded by the current NG-CDF (Amendment) Act 2016 .

Ujuzi Code  ,being a leader in USSD code development, was commissioned to develop a USSD querying system to offer data on constituency allocations and disbursements  in form SMS responses.  Working with leading USSD service providers in Kenya, this was built and commissioned in 2015. It is available for Safaricom, Airtel and Telkom networks in Kenya by dialling *483*6#

Based on the success of the USSD system, we were later re commissioned in 2017 to develop the official Android and IOS app for the NGCDF. Being leader in mobile application development in Kenya this was built and successfully deployed. The applications are available for download from Google Play Store and Apple App Store 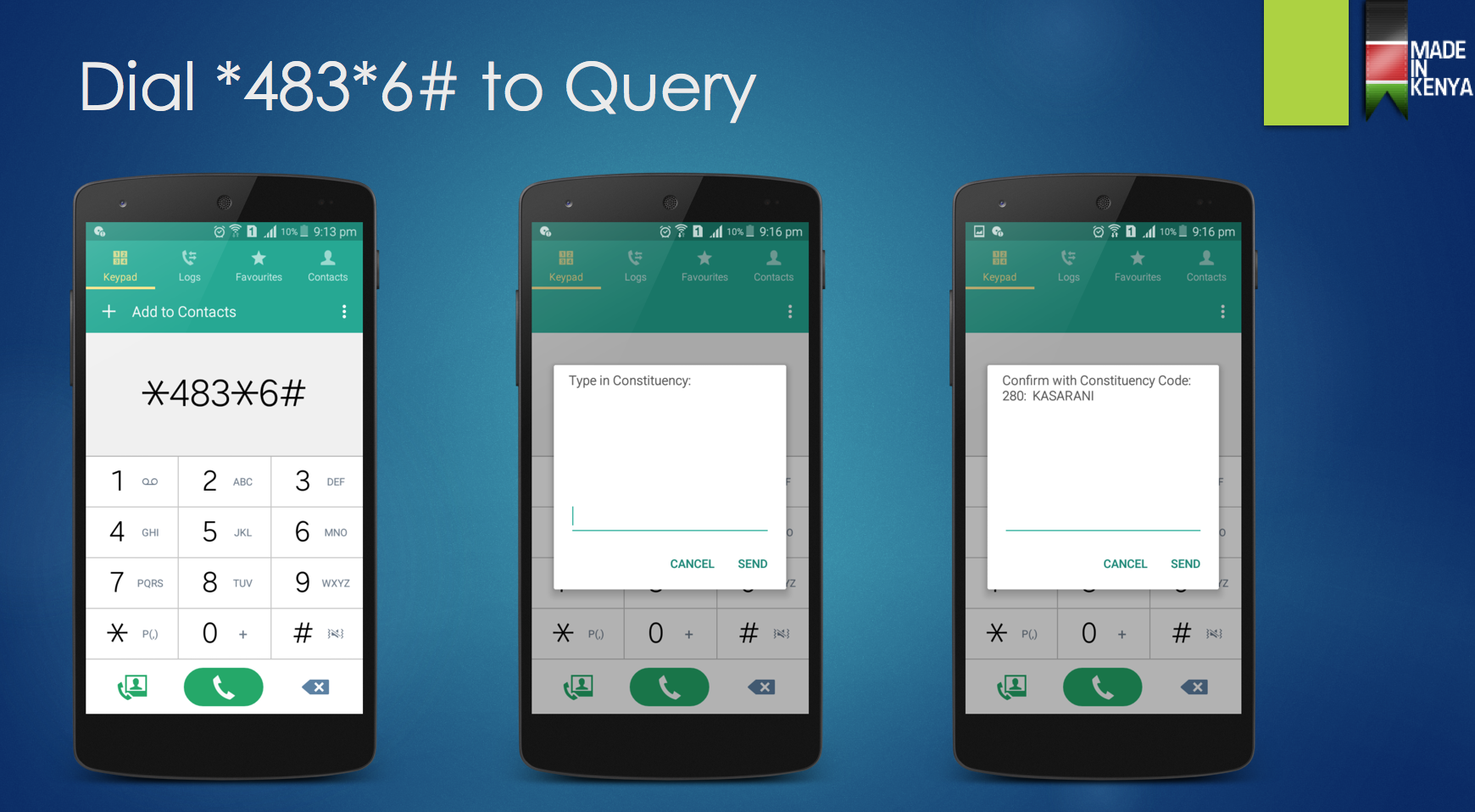 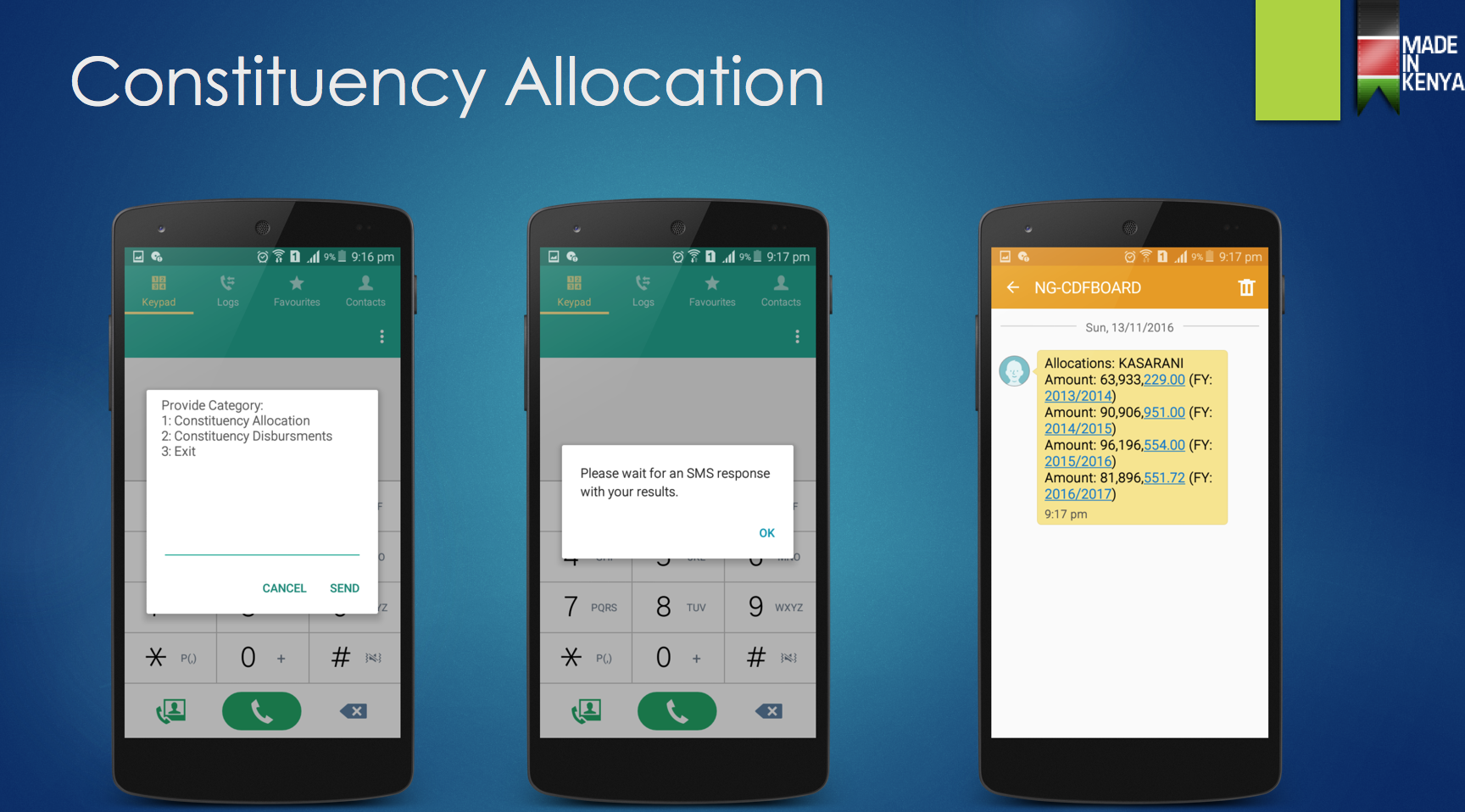 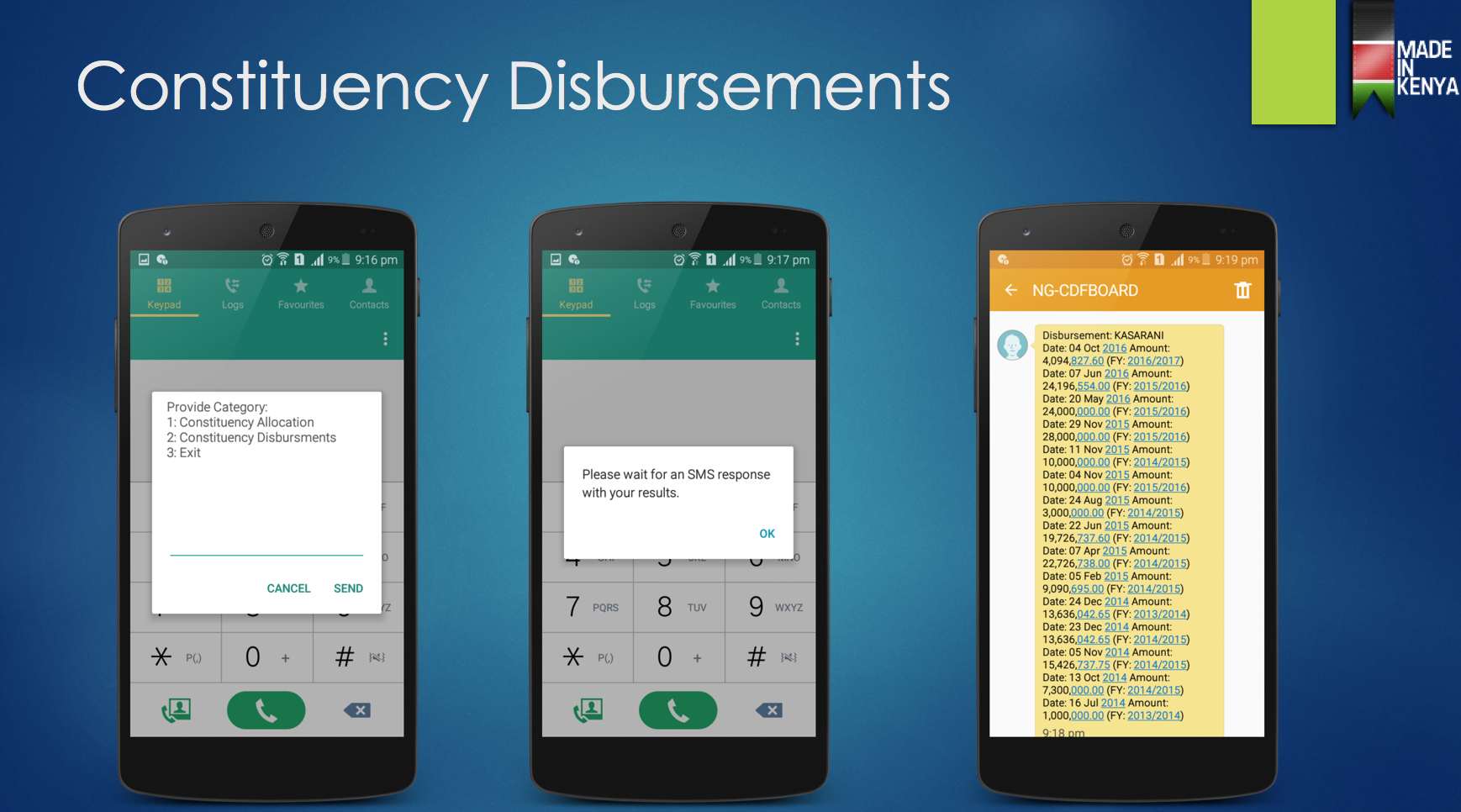 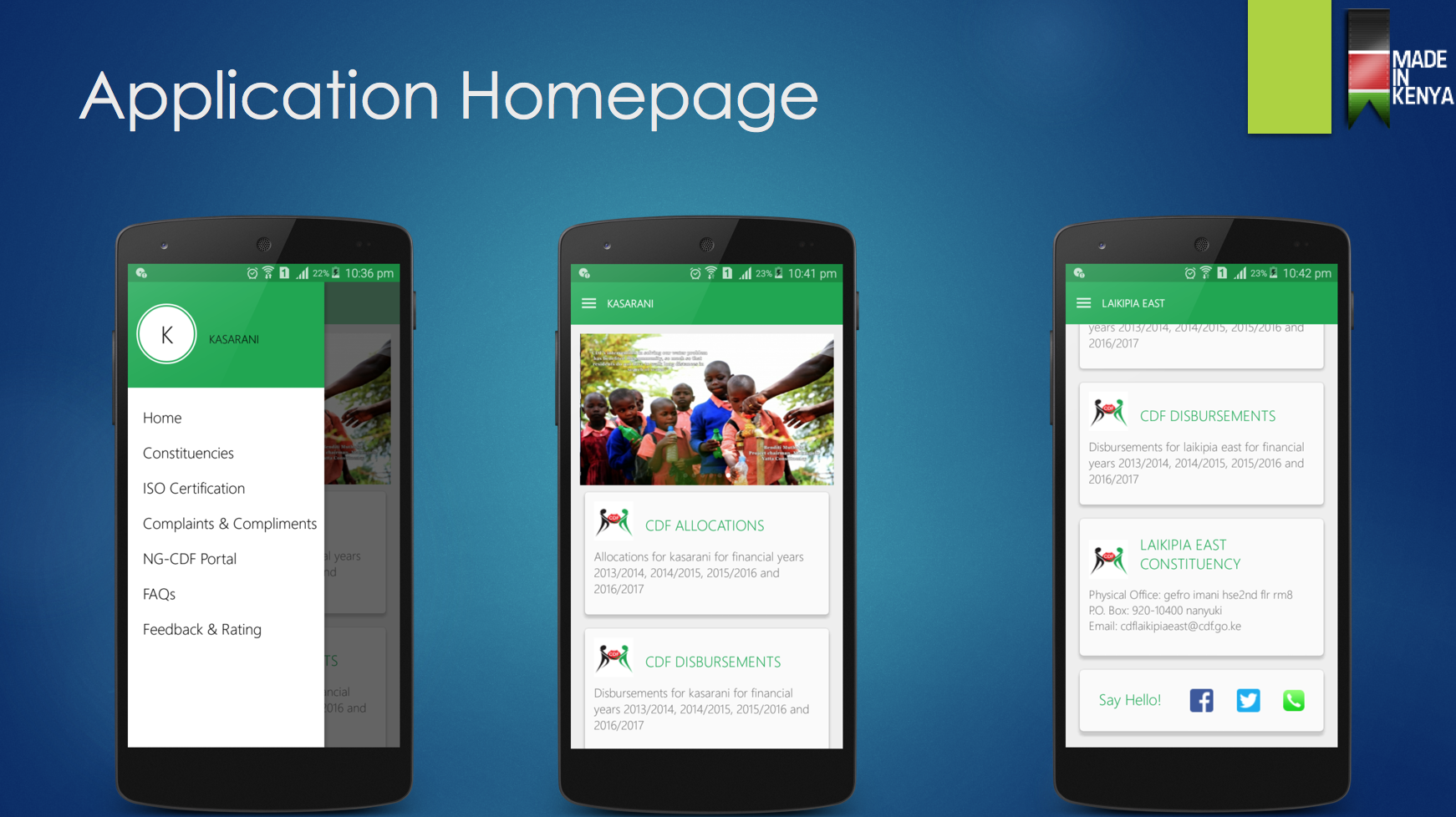 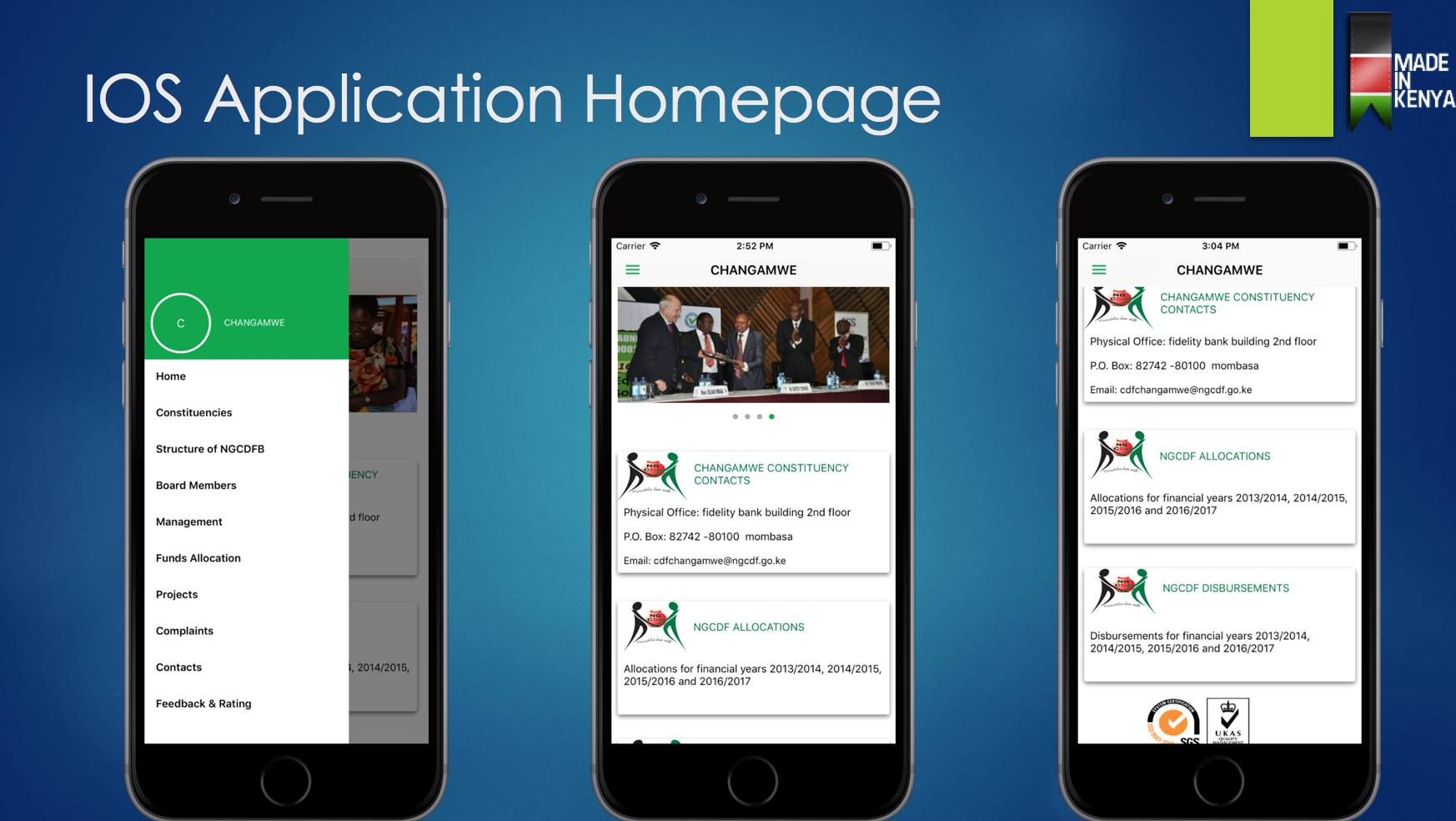